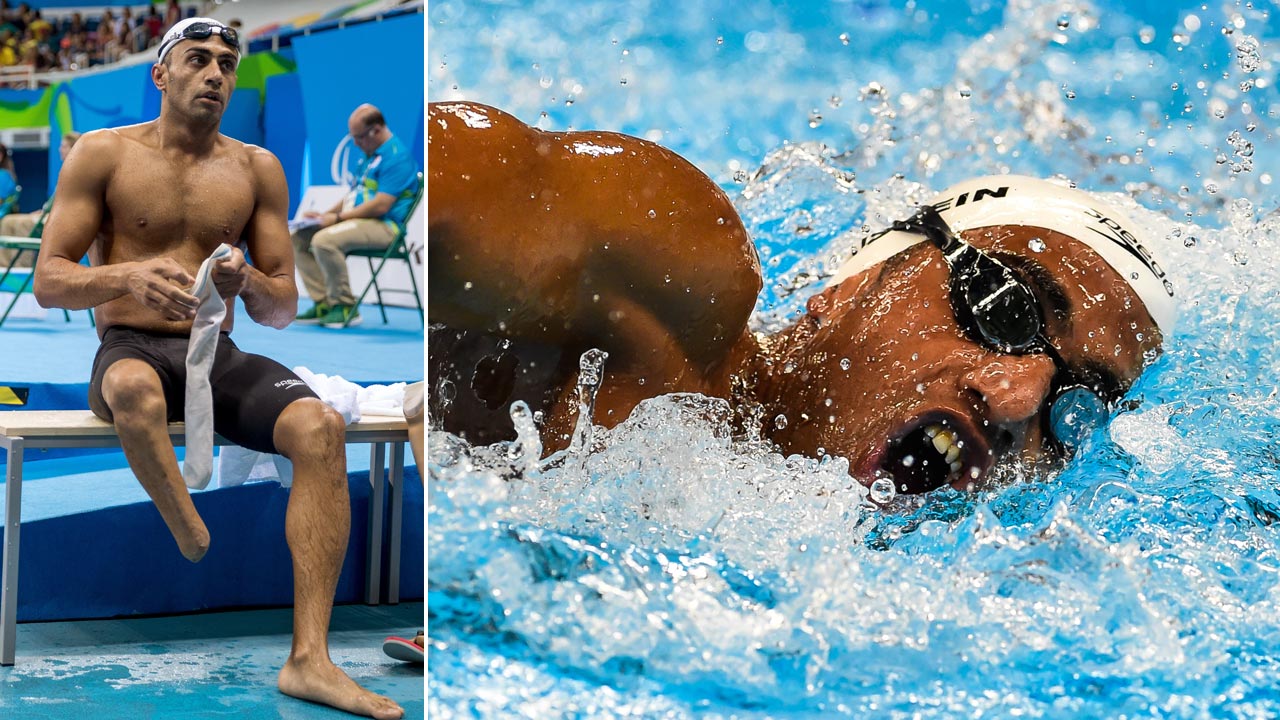 A remarkable journey led Ibrahim Al Hussein, who was born in Syria, to the Rio 2016 Paralympic Games. An avid swimmer from childhood, Al Hussein was encouraged to take up sports by his father, who was a swimming coach. Then, in 2013, the civil war that ravaged his country changed the swimmer’s life forever. As Al Hussein came to the aid of a friend during an attack, a rocket fell and Al Hussein lost his leg. Unable to find sufficient care in Syria, after an initial operation, he dedicated the next few years to finding better treatment that would eventually return him to swimming.

Getting around by wheelchair and crutches, Al Hussein escaped to Turkey but had little success finding the better medical care, including medications to relieve the pain of amputation, so he took the treacherous journey by boat to Greece, where he has since sought asylum. “After getting treatment in Greece is when things started to turn positive and I got back into sports,” Al Hussein told the International Paralympic Committee (IPC). “I began training four hours a day swimming and playing wheelchair basketball.”

Al Hussein and Iranian-born Shahrad Nasajpour, who will compete in the men’s discus, make up the IPC’s first-ever Independent Paralympic Athletes (IPA) Team for athletes who have no flag under which to compete at the Paralympic Games. Al Hussein and Nasajpour also join 59 other athletes as part of Team Visa, a group of Olympic and Paralympic hopefuls who embody Visa’s values of acceptance, partnership and innovation and receive financial and marketing support on their journeys through the Olympic and Paralympic Games.

For Al Hussein, now 27, getting back in the pool has revived a hope that was almost forgotten: “I have been dreaming of this for 22 years. I thought my dream had gone when I lost my leg but now it is back for real. I can’t believe I am going to Rio…,” he said.